The Heart Pyre is an interactive fantasy audio drama. After each episode listeners can vote between three paths on which the story could continue. Season one has finished releasing, season two should start during the second half of 2023.

Rena, a sixteen year old girl, comes home to find her home town burning and everyone and everything she ever loved gone in an instant. She meets Rodrick, an old court artificer now wandering the lands, for whom the news of an entire town burning down and the local authorities barely acknowledging it is nothing new. Along the way they team up with other companions, who each hold their own grudges, to figure out who is responsible for these fires, how deep the corruption of the royal council actually runs and why there are whispers about the old Gods again. 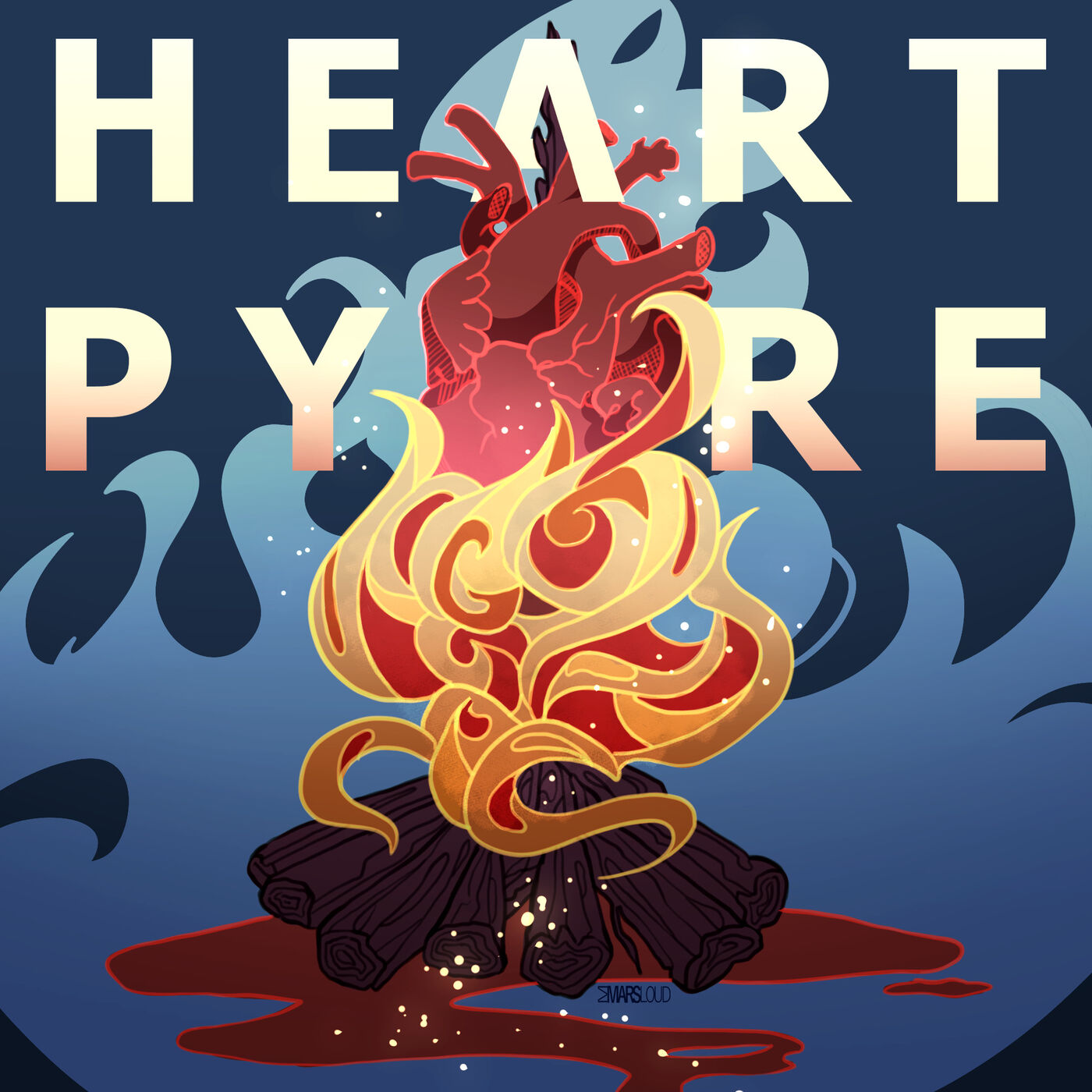 Episode 1 – All was lost – The Heart Pyre

Our story begins. Rena returns home to a tragedy.By the end of the episode three choices will be presented to you. Vote on twitter, facebook or on the website for whichever path you want the story to continue on.Vote on TWITTER: https://twitter.com/theheartpyre/status/1475538978363293701Vote on the WEBSITE: https://theheartpyre.com/2021/12/27/s1e1-all-was-lost/Intro music: Lonely Dusty Trail by Jon PresstoneSupport the show
Episode 2
Episode 1 Transcript
List of all episodes